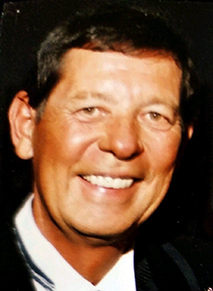 Woodrow “Woody” Scruggs, 68, of Fernandina Beach, Fla., passed away Tuesday, February 4, 2020 at the Mayo Clinic in Jacksonville, Fla. surrounded by his family.

Woody was born in Spartanburg, S.C. and was the son of the late Oliver and Jenewee Hill Scruggs.

After graduating from Hanahan High School in Hanahan, S.C. in 1969, he attended Anderson College. He later served his country in the U.S. Army. After military service, he began a civil service career at the Charleston, S.C. Naval Shipyard as part of the apprenticeship program in Shop No. 56. He would leave Charleston some years later because of the base closure. He had advanced to general foreman in Charleston and would continue his career at the Trident Refit Facility at Kings Bay, Ga. Woody retired in 2006 having received numerous awards during his career.

In keeping with the tenor of his service in the Army and with the Navy civil service, Woody was especially proud of his membership in the Forty and Eight Veterans Honor Society.

Woody was a devoted husband, father, and friend. He loved spending time with family and friends. His favorite time of the year was any holiday, and he always enjoyed them immensely.

Woody leaves behind his loving wife of 48 years, Rosemary Dyson Scruggs of Fernandina Beach; his daughter and “the apple of his eye,” Jennifer Scruggs Ceniza and her husband, Richard, also of Fernandina Beach; a sister-in-law, Dee Dyson Nettles and her husband, Harry, of Summerville, S.C.; nephew, Jamie Nettles, and a dear family friend who was like a second daughter, Michelle Bentley of Harleyville, S.C.