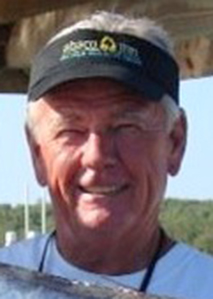 Mr. Tennille was born in Winston-Salem, N.C. and was son of the late Norton F. and Margaret Rose Tennille.

He was raised in Winston-Salem, and after graduation from Richard J. Reynolds High School, he attended the University of North Carolina at Chapel Hill.

In his role as a sales representative for the Dempster Company, Wilson came to Amelia Island in the early 1970s and helped impellent and design a sanitation system and service for a new development, Amelia Island Plantation.

His vision for the future of Amelia Island allowed him to start Nassau Sanitation. He later created Plantation Services, a landscape and design company that serviced Amelia Island Plantation.

Among his many accomplishments, Wilson’s development of Palmetto Walk Shopping Village was special to him. A collection of unique restaurants and shops set among beautiful historic oak trees is an example of his long-term vision for Amelia Island. Wilson was a true “Southern Gentleman,” impeccably dressed regardless of what he was doing, and he served as a mentor to many through his life.

Wilson thoroughly enjoyed being able to fish, whether it was fishing in the Abacos or fishing off his dock; it was his favorite past time. The only thing he loved more than fishing were his many dogs he had over the years. He loved all animals, but his dogs held a special place in his heart.

Wilson had a great sense of humor and was an amazing storyteller. He was also the originator of what became known by his friends and family as “Wilsonisms,” such sayings as “he who shoots at nothing is sure to hit it” were representative of the advice he had to offer though “Wilsonisms.”

A service and celebration of his life will be scheduled sometime in May and announced when finalized.

His family requests that, if so desired, donations be made in Wilson’s name to the Nassau Humane Society at 639 Airport Road, Fernandina Beach, FL 32034 or Community Hospice of Northeast Florida at 4266 Sunbeam Road, Jacksonville, FL 32257.