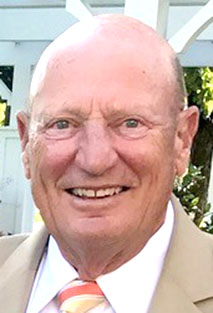 Wally was born in 1935 in Chicago, Ill. and was the son of Marion (Heineman) and Ben Drew. In 1957, he graduated from the University of Wisconsin-Madison with a Bachelor of Science and a commission in the U.S. Navy. As a line officer, he served on active duty for two years in the Western Pacific. In 1959, he married Gracia McKenzie, whom he had met his junior year at UW-Madison. They were married in June 1959, within a few weeks of Wally’s return from active duty, from which he was honorably discharged as a lieutenant in the U.S. Navy Reserve in 1961.

Wally had a storied 30-year career (1959-1988) at Kimberly-Clark Corporation, rising through the ranks of various sales, marketing, and management positions that culminated in an executive vice president role in which he served until he retired in 1988. He became president and chief executive officer of Menasha Corporation from 1989 until 1992, at which time he retired from corporate life. From 1992 until his passing, Wally and Gracia traveled extensively around the globe, sailed to many ports, enjoyed boating in the waters of Green Bay, played many rounds of golf, cheered on the Badgers and Packers, and loved spending time with friends and family. Wally and Gracia recently celebrated their 60th wedding anniversary in the Galapagos Islands with their children and grandchildren, who respected and loved their “Pop” tremendously and will miss his wonderful stories and sound advice.

Services will be private.