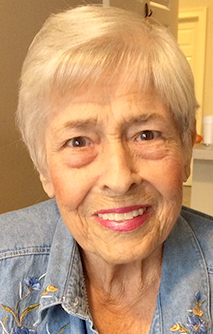 She was born March 11, 1931 in Zanesville, Ohio, the eldest daughter of the late Clarice L. Allen and Benjamin Albert Guest. Mrs. Gore had made Eulonia, Ga. and Woodbine, Ga. her home for many years. She was an exceptional painter and traveler, and during her lifetime, she was able to explore all 50 states.

In addition to her parents, she was preceded in death by her husband, Steele S. Gore; two daughters, Tina Marie Shepard and Shirley Schuster; and a sister, Dorothy Smith.