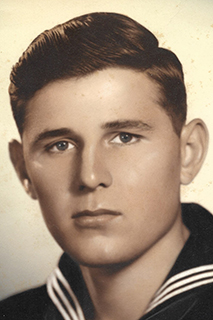 Thomas Mitchell “Tom” Davis, 89, of Fleming Island, Fla., passed peacefully from this life at his home on Wednesday, November 4, 2020.

Born in Lexington, Ky., Tom resided in Palatka, Fla., for 33 years. After retiring, Tom lived in Crescent Beach, Fla., then Fernandina Beach, Fla., and was currently residing at Allegro Independent Living in Fleming Island. Tom served four years in the U.S. Navy during the Korean War and retired from the Navy Reserves following 20 years of service. After earning his bachelor’s degree in 1959 from the University of Florida, Tom married the love of his life, Donna. They moved from Jacksonville, Fla., to Palatka, where he began his career with First Union Bank (formerly Atlantic National Bank), retiring in 1993 as a vice president. While in Palatka, Tom was a member of First Presbyterian Church in Palatka, where he served as an elder and treasurer. He was also a member of the Azalea City Kiwanis Club, where he served as president in 1971. In his leisure time, Tom was an avid golfer and Gator football fan as well as a University of Kentucky basketball fan. He was likewise a Civil War and World War II history buff.

Tom and Donna enjoyed their retirement while at Crescent Beach. They were able to spend many summers in England and Scotland visiting their condo friends, in addition to several river cruises on the Rhine and Danube. Most of all, they enjoyed spending time with their family and friends at the beach.

He was preceded in death by his wife of 55 years, Donna McNab Davis, and two sisters, Mary Miller and Martha Lee Gleixner.

Graveside services will be at 3 p.m. Sunday, November 15, 2020 at Oak Hill Cemetery with Pastor Bobby Highsmith officiating. No visitation is scheduled.

Memories and condolences may be expressed to the family at Tom’s Book of Memories page at www.johnsonoverturffunerals.com.