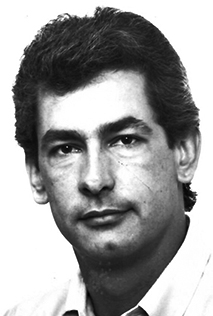 Stephen P. Silver passed away Friday, November 13, 2020, while enveloped in love and surrounded by those he held dearest at Baptist Medical Center Nassau in Fernandina Beach, Fla.

He lives on through his beloved wife, Valeria B. Silver; his adoring daughter, Stephanie Silver (Eric Corridan); his cherished son, Paul Silver (Melissa Baker); treasured grandson, Salem Rain Corridan; his revered mother-in-law, Dorothy Bonnette; and his dear sister-in-law, Sheryl Hill. He is also survived by his oldest sister, Paulette Gemignani of Houston, Texas, and his older brother, Nelson Silver of Charleston, S.C. He will also proudly live on through his numerous nieces and nephews.

He was preceded in his passing by his two sisters, Donna Tharp and Melony Alifi.

Steve, as he was called by his family and friends, was born and raised in the Lowcountry of Charleston to Mary and James Paul Silver on October 12, 1951. Steve attended college at Spartanburg Methodist College, and after finishing, he was drafted and served in the U.S. Army from 1971-73. While at Spartanburg, he met his captivating wife, Valeria, whom he married March 23, 1975.

Steve was a very multifaceted and unique individual with many wonderful talents. His work ranged from bartending, teaching high school art class, working as a civil servant at Charleston Naval Shipyard and, thereafter, at NAS Jax Naval Air Station. By all accounts, he was a man true to his word, full of gusto and with a penchant for fun and light-hearted storytelling. Steve never met a stranger and got along with most everyone. He was well respected, appreciated by those with whom he worked, and was a strong and fair-minded leader to those he managed at his workplace. He loved music and as a young man sang in a band called The Skylarks, most notable for opening for James Brown at the Charleston Pier. He eventually became an aficionado of the harmonica and, in his latest years, the ukulele and mandolin.

He enjoyed coaching soccer for his children, Stephanie and Paul. He was an avid surfer and enjoyed mentoring many of his son and daughter’s friends in the ways of surfing here in Fernandina Beach, even running a “ding” shop out of his garage to help those in need of surfboard repair. He loved to cook and grill sumptuous meals, enjoyed family get-togethers, bass fishing with buddies, and had a knack for gardening.

Steve was an influential mentor to many, and as he loved to teach those around him, he would want us to all remember to live by the Golden Rule: “Do unto others as you would have them do unto you.” He will be missed and thought of fondly by his many family members and dear friends.

And in the words of Steve, “See ya out there, Grommie.”

As a member of Memorial United Methodist Church on Centre Street in Fernandina Beach, a Celebration of Life will be held at 11 a.m. Friday, December 4, 2020, to honor him.