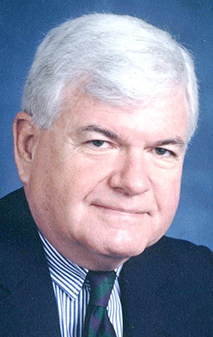 He was the son of the late Elizabeth Nowell Wheeler and Sid Wheeler of Monroe, Ga. Mr. Wheeler was born on July 4, 1934 in Monroe and graduated from Monroe High School. He later graduated from Georgia Tech and the University of Georgia School of Law. He was commissioned an ensign in the U.S. Navy while at Georgia Tech and was on active duty between college and law school. He was admitted to the State Bar of Georgia while still in law school and began his law practice in Atlanta in June 1962 with the law firm then headed by E. Smythe Gambrell, where he was made a partner. In 1967, Mr. Wheeler joined Ben L. Weinberg Jr. and Palmer H. Ansley to form Long, Weinberg, Ansley & Wheeler. In 1999, he was a founding partner in the law firm of Weinberg Wheeler Hudgins Gunn & Dial, where he practiced until his retirement. He was a trial lawyer for more than 40 years, principally representing doctors and hospitals in numerous medical malpractice cases.

He was predeceased by a daughter, Elizabeth Nowell Wheeler.