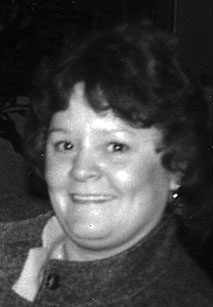 Born in the Bronx, N.Y., she was a daughter of the late Ernest and Ruth Roberts Montevecchi. Bunny said that her birth certificate stated: “Place of Birth: ‘Corner of Vyse Avenue and 180th Street.’” Her mother was “visiting” the bathroom when Bunny came along at an unexpected time.

She grew up in the Long Island City, N.Y. neighborhood, where she worked at her dad’s bar. She was a waitress from the time she was old enough to handle the work. Bunny spent nearly all of her working life as a waitress. She talked about how she had waitressed in all five boroughs of New York City.

She met her husband, Liberto “Lee” Iaciofano, in 1972 when he ordered coffee at the diner where she worked. After meeting in April, they married in November of the same year. They were married November 26, 1972 in the Actors Chapel just off Broadway.

Living in New York until 1980, she and Lee moved to Connecticut and later Rhode Island. Some 31 years ago, Lee came to Fernandina Beach while working on a temporary work assignment at Naval Submarine Base Kings Bay. When Bunny joined him a couple months later, she fell in love with Amelia Island, and they made Fernandina Beach their home.

Keeping her longstanding tradition of waitressing, Bunny worked at the restaurants Pompeo’s and Down Under. Walking up to her customers and saying “Hi, Toots!” was her trademark that endeared her to those she served. She retired from Down Under in 2005.

Bunny served people not only with food but with life and energy. If you were in her midst, you always felt her presence. She wanted people to have fun. She would be the one encouraging song or telling a joke. She also had strong feelings about people and she let you know about them. If you met her, you remembered her.

She and Lee were parishioners at St. Michael Catholic Church, where her funeral mass was held at 11 a.m. Tuesday, March 17, 2020. Fr. Jose Kallukalam celebrated the mass. The family received friends at Oxley-Heard Funeral Directors before the mass from 9 to 10 a.m.

In addition to her husband, Lee, she leaves behind a special niece, Alexis O’Gara; her two brothers, John and Charles; and a sister, Ruth Ann.

She will be laid to rest at Bosque Bello Cemetery.