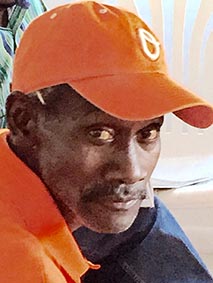 Born in Fernandina Beach, Bebe was a son of the late Eugene and Marie Perkins Mack.

He was a lifelong resident of Fernandina Beach and graduate of Fernandina Beach High School, Class of 1973. After high school, he joined the U.S. Army and served in communications as a Teletype operator. One of his postings with the Army sent him overseas to Korea.

After the Army, he returned home and worked in Fernandina. He had been at Fernandina Beach Seafood for more than 20 years at the time of his passing. He was a longtime member of Trinity United Methodist Church and went to church with his family during his childhood years. He loved fishing and watching football and will always be remembered as “that quiet guy who always had a smile for anyone.”

In addition to his parents, he was predeceased by two brothers, Robert E. Mack and Will James Mack.

The family will receive friends 5-7 p.m. Tuesday, January 28, 2020 at Oxley-Heard Funeral Directors. Funeral services will be held at 11 a.m. Wednesday, January 29, 2020 in the Burgess Chapel of Oxley-Heard Funeral Directors with Reverend Arizona Perkins officiating. The cortege will assemble and depart from the family’s Ninth Street home. Immediately after the service, family and friends will depart for Jacksonville National Cemetery, where he will be laid to rest with military honors.

The family asks that donations be made in his memory to the American Cancer Society, P.O. Box 22478, Oklahoma City, OK 73123.