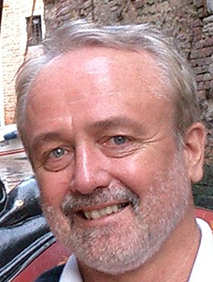 Kirk Lamond Gray, 72, passed away suddenly on May 12, 2020 at his home in Ocean Village on Amelia Island, Fla.

He was born March 9, 1948 in Keene, N.H. Kirk was predeceased by his parents, Norman Hamblin Gray and Ann Elaine Lamond Gray.

Kirk served his country in the Peace Corps in Micronesia, Truk District, Islands of Lukunor and Oneop in 1970-71.

He is survived by his wife, Charmaine; his son from his first marriage (Nancy), Isaac N. Gray (Ellen); and granddaughters Isla and Opal and grandson, Kaleb, residents of Austin, Texas; cousin, Brian Lamond (Elaine) of New Hampshire; and many nieces and nephews. In addition, he is survived by his niece, Donna Gray of Edina, Minn., to whom he was like a father. He fondly called her his very favorite niece, despite her being his only niece.

He truly was the totem pole from which his family centered and took guidance.

Kirk and Charmaine were avid travelers and enjoyed visiting many interesting destinations through the years, one of which was a trip to Scotland, where Kirk managed to completely surprise Charmaine with their wedding in the town of Alloa.

As a resident of Amelia Island from 1996 to the present, he found great pleasure in the beauty of the island and the people he met. If you made Kirk's acquaintance, you soon found out that he was quite the comedian and storyteller, and his quick wit produced lots of smiles and outbursts of laughter. He loved a good joke, or even a bad one, especially puns.

Kirk was an avid fan of baseball and a decades-loyal Green Bay Packer fan who could recite endless facts about his favorite topics. He was an animal lover, and throughout his life, he always had a canine companion. He leaves behind his favorite, his devoted Welsh terrier, Zoey.

One of his many talents consisted of being quite the wordsmith, and his fondest hobbies were writing a trivia column for the Summer Beach Living magazine until its last issue and a humorous neighborhood newsletter while serving as the president of the Ocean Village Community Association for the past 12 years. Kirk also served on the Sea Dunes Condo Association Board for seven years during which time the board made major improvements to the building structure.

During his youth, Kirk's family moved to the West Coast. He graduated from Claremont High School in San Diego, Calif. and earned his B.A. in Anthropology at Prescott College, Prescott, Ariz., with a dual minor in English and Asian studies in 1969; his M.A. in Anthropology with Highest Honors in 1974 from Western Michigan University. He served on the Executive Board for the Society for Applied Anthropology, Fellow.

Kirk was teaching at Western Michigan University and pursuing his doctorate when he was recruited by the Rand Corporation in Santa Monica, Calif. to serve as a liaison with investment bankers, local housing and planning officials, and neighborhood groups to ensure the orderly administration of the largest federal housing initiative at that time. Before leaving his teaching position, he was awarded the University's Distinguished Alumnae Award.

He then became the regional director of Common Cause in Washington, D.C. to develop and implement state and national legislative agendas for a nine-state region for this national public interest lobby.

Next, he served as the regional director of the Office of Public Housing in Philadelphia, Pa., where he oversaw housing policy and programs for all public and assisted housing in a five-state region in the northeast including Washington, D.C. with a budget authority in excess of $850 million. He testified before a congressional housing panel on ways to improve the overall management of housing programs and agencies to prevent waste and mismanagement. Kirk received a White House commendation for his work.

Subsequently, he served as a program advisor to the Assistant Secretary of Public and Indian Housing in Washington, D.C. and was responsible for working with the White House, OMB, HUD and congressional officials and the coordination of program management for HUD's 10 regional offices in the nation.

Leaving public sector work, he returned to the private sector and formed The Gray Group in May 1990, serving as president of his company, founded as a private, social investment, management, and development company specializing in human and economic development programs leading to economic revitalization of housing communities and self sufficiency of low-income residents.

In March 1995, he founded Cornerstone Housing, serving as its CEO as The Gray Group became a subsidiary of Cornerstone Housing. Cornerstone Housing was a private sector undertaking whose goal was the creation of viable public/private partnerships to revitalize local communities, stimulate neighborhood investment, build local capacity to provide opportunities for motivated hard-working families to transition from dependency to self-sufficiency involving mixed income, rental, and new for sale units where obsolete public housing projects once stood. Cornerstone Housing grew to be a nationally recognized company. Kirk chose to officially retire in 2017.

The family wishes to hold a Celebration of Life gathering on a date to be announced, due to the current COVID-19 restrictions.

The world is a better place for having known him, as he, throughout life, exhibited a keen sense of civic responsibility, as did his father. When asked how he would like to one day be remembered, he stated promptly – as a citizen.

Memorial donations can be made in Kirk's memory to any of the following organizations: