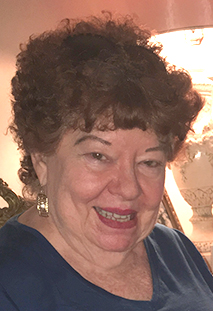 She was born to the late Lemuel C. Peeples and Nina Mae Groover Peeples. In addition to her parents, she was preceded in death by her husband, Earl Frederick Wilson; and grandson, Wilson Kenny.

She was a member of First Baptist Church and was active and enjoyed her participation in the June Grose Circle, The Red Hat Society, and the Newcomers Club of Amelia Island. In her earlier years, being very artistic, she participated in the local garden club.

Things that she loved: always Fernandina – what she called “my little town,” a good laugh, playing cards and Rummikub, Main Beach in the morning watching the waves with the local newspaper and a coffee, fine dining with her most recent favorite being the kabobs at David’s Restaurant, cruising on and off island, sharing her good cooking, and doing things for family and friends whether they were sick, having a bad day, or had something to celebrate. Most of all, she loved decorating and entertaining in her home. She was loved by many and will be forever missed.

At this time, the family would like to express gratitude for the outpouring of love and support. A celebration of her life will be held at a future date.

Memorial donations may be made online to the National Kidney Foundation or Gracie’s Kitchen at P.O. Box 16123, Fernandina Beach, FL 32035. Checks should be made payment to “Coalition for the Homeless of Nassau County” and indicate “Gracie’s Kitchen” in the memo line.