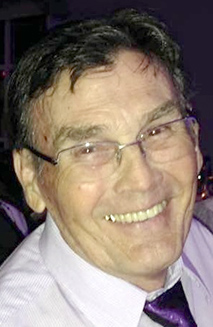 Jimmy Horn was reunited with his soul mate and wife, Faye, early in the morning of Monday, February 10, 2020. Jim was surrounded by loving family members and friends who have helped us along since their separation. While we will mourn our loss, we are rejoicing that he is back with the love of his life.

Born in Bay Springs Miss., he was the only child of Master Sergeant James A. Horn and Carolyn A. Horn-Jackson. Jim’s early life was that of an “Army brat,” spending time at various bases around the world. After the tragic loss of his father at an early age, Jimmy and his mother found their way to Fernandina Beach. Jimmy graduated from Fernandina Beach High School and that is where he met the love of his life and future bride, Jeanette Faye Little.

Jimmy first started working at “Container” but eventually found his way into banking, working at Springfield National Bank in Jacksonville and then Florida First National here in Fernandina Beach. He went on to be a founding member of the Amelia Island Bank, where he served for a number of years as vice president.

In 1978, Jimmy decided to join longtime friend Cecil Tucker as co-owner in a heavy equipment company in Norcross, Ga. He relocated the family to Duluth, Ga. and had a very successful business. He later created Redman Trucking with someone who was then a relatively new friend, William “Bill” Todd. He and Bill would eventually become lifelong friends. Ultimately, they would retire and dissolve their business, which primarily delivered building products for Home Depot throughout the southeast.

Jim was a very active member of the community here in Fernandina Beach. He was involved with the Boy Scouts of America, church, and many recreational sports. Some of his favorites were fishing and softball. Golfing became a passion of his a bit later in life. He also enjoyed watching most any sports on television, particularly Florida State football. He was very proud to call himself a Free Mason and was a 32nd Degree member of the Scottish Rite. He attended the Amelia Lodge No. 47.

Jimmy was predeceased by his parents, James and Carolyn Horn, as well as his soul mate and wife, Jeanette Faye Horn.

A memorial service will be held at 11 a.m. Saturday, February 15, 2020 in the Burgess Chapel at Oxley-Heard Funeral Home beginning with a visitation at 10 a.m.

Memorial donations may be sent to Community Hospice of Northeast Florida.