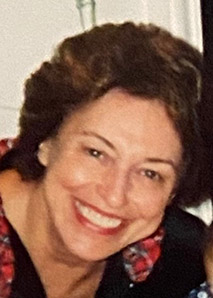 Born and raised in Scranton, Pa., she was the second of three daughters of the late Harry and Margaret Lyons.

Jane was a registered nurse and trained at Mercy Hospital in Scranton. Jane married William C. O'Malley in June 1959, the couple having known each other since fifth grade. Together, they travelled extensively due to Bill's occupation and lived in New Jersey, northern Virginia, Houston, Texas, and New Orleans, La. while raising their four children. They had been visitors to Amelia Island, Fla. for many years and became residents shortly after Bill's retirement.

During Jane's years as a homemaker, she was active with the hospital auxiliary wherever she resided and was known as the organized quartermaster for the baseball teams on which her two sons played.

Jane enjoyed reading novels and cooking for family and was a home decor enthusiast.

Jane leaves behind her beloved husband, William C. O'Malley. She is survived by three children, Jennifer O'Malley of Amelia Island, William C. O'Malley Jr. (Sheila) of Houston, Texas, and Burke O'Malley (Kara) of Vienna, Va. and was pre-deceased by her daughter, Catherine Jane O'Malley. She dearly loved her six grandchildren and three great-grandchildren. Jane also leaves behind her two sisters, Mary Catherine O'Malley of Scranton and A. Nancie Smart of Columbus, Ohio. Her family of in-laws, including sisters-in-law Judith O’Malley Graziano of Clarks Summit, Pa. and Margaret O’Malley Cawley of Jacksonville, Fla., thought of her as their own with much affection. Friends who knew Jane cherished her as much as she treasured them.

In lieu of flowers, donations in her memory may be made to Baptist Medical Center Nassau at 841 Prudential Drive, Suite 1300, Jacksonville, FL 32207.