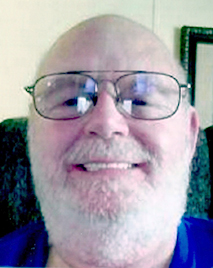 James Howard Herndon passed from this world to his heavenly home on July 16, 2020 at his residence in Middleburg, Fla.

Born in Tampa, Fla. on September 27, 1954, he grew up in Fernandina Beach, Fla., where he played on the street with his siblings and neighborhood kids, some of whom were lifelong friends, finally relocating to Middleburg, where he lived out his last days with his church, gardening, his many animals and friends. James graduated from Fernandina Beach High School and worked for Rayonier at the Fernandina mill until retirement. He later studied at Florida Community College at Jacksonville to become an EMT. He liked football, loved the Gators and spent many hours at Jaguar games with his rescue unit. He was a fan of the Jaguars. James was a member of Cornerstone Baptist Church in Middleburg, where he was a member of the security team. While in Fernandina Beach, James was a member of Springhill Baptist Church. He raised his girls at Springhill. While there, he served in many areas, including bus ministry.

James was preceded in death by his parents, James and Bonnie Herndon, and a brother, Charles N. Bennett Jr., all of Fernandina Beach.

Memorial services will be held at 3 p.m. July 31, 2020 at Springhill Baptist Church in Nassauville, Fla. with the visitation beginning at 2 p.m.