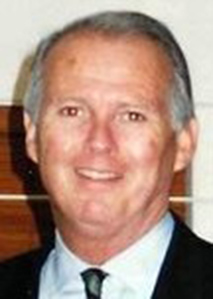 Edward Tanner Wiese, 71, of Amelia Island, Fla., passed away Saturday, January 25, 2020, at Community Hospice & Palliative Care’s Warner Center for Caring in Fernandina Beach, Fla. He was a loving husband, father, brother, and uncle and will be deeply missed by his family and many friends.

Ed was born October 14, 1948 at Scott Air Force Base in Belleville, Ill. the son of the late Edward and Neita Wiese. His father’s military and government career took the family to destinations coast to coast and overseas. Ed graduated from Balboa High School in what was then the Panama Canal Zone, where he played football and baseball, including on a team that traveled to the Little League Baseball World Series in Hershey, Pa.

At Texas A&M University, he majored in economics and journalism and then went on to earn a master’s degree in international management in 1975 at the American Graduate School of International Management in Glendale, Ariz. In 1976, Ed joined Continental Grain Co., beginning a 40-year career as an international grain trader.

Ed had a keen sense of adventure and travel. He loved Africa and acquired many friends there during his working life, especially in Nigeria, Angola, Mozambique, and South Africa. Among his favorite memories of Africa was taking his daughter, Sarah, son, David, and nephew, Nicholas – all teenagers at the time – on safari. He and his wife, Pam, traveled to Europe every year, spending time in some of their favorite cities, including London, Windsor, Geneva, and Monaco, and in Cascais, Lisbon, and Lagos in their beloved Portugal.

Ed loved watching Manchester United soccer; listening to “oldies but goodies” music; and listening to and telling jokes. He was always happy when he could gather family and friends together to enjoy meals featuring the Latin American food with he grew up, especially ceviche.

In 2019, after retiring from U.S. Wheat Associates, Ed and Pam moved to Amelia Island. During their annual trips to the United States, they had often visited Ed’s sister, Mary, and her family on Amelia and decided it would be a great place to live. In addition to being near family, the beaches of Amelia Island, they said, reminded them of the beaches in Mozambique, one of Ed and Pam’s favorite places to vacation and where Pam and her British parents lived for many years.

A Memorial Mass and Celebration of Life gathering for Ed will be held at a later date.