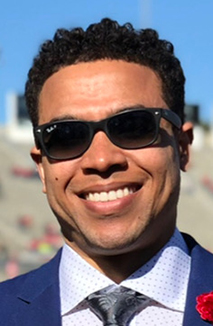 Edward Carmichael Aschoff, 34, died December 24, 2019 in Los Angeles, Calif. of HLH syndrome, a complication of pneumonia and underlying non-Hodgkin’s lymphoma. He was dearly loved by all who knew him.

Edward was born December 24, 1985 and raised in Oxford, Mass. by his adoring parents, Peter and Patricia Aschoff, who preceded him in death.

He is survived by his fiancée, Lorree Catherine (Katy) Berteau of Fernandina Beach, Fla. They were to be married April 18, 2020 in New Orleans.

An obituary can’t begin to capture Edward, his life journey and the people he touched in the mainstream and social media outlets that he embraced as he lived his dream working as a sports reporter for ESPN.