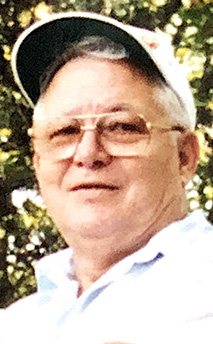 Donald was born in Nassauville, Fla. and was the son of the late Joseph Earl and Doris Wilder. He was a lifelong resident of Fernandina Beach, Fla., where he passed.

He spent his life in Fernandina Beach, where he was a proud member and letterman of the Fighting Pirates high school football team, and later had a successful career at Container Corporation of America, where he served as a supervisor. He retired from the mill after 38 years of employment in 1987. Donald was a loyal Florida Gator football fan and was a booster club member for many years. He attended every game, whether it was at home or away, and would travel for bowl games. He enjoyed working outdoors with his hands and could be found every day on the tractor, in the garden or splitting and stacking firewood.

Donald was a hardworking man and was proud of everything that he accomplished during his lifetime. Even though his family’s working legacy was centered on the Fernandina shrimping industry, Donald chose to make his own path in life, which was a character trait that he always employed. After high school, he joined the U.S. Air Force during the Korean War and quickly earned the position of staff sergeant. He was extremely proud of his military service, where he worked as a mechanic on the B-36 Peacemaker Bombers, one of the largest airplanes ever built. He was asked to attend officer's school, but his heart called him back home to Fernandina, where he created a very loving and close-knit family.

Donald was the epitome of the term “family man.” He had the rare pleasure of being the patriarch of a family consisting of 11. Everything he did in life was geared around the cultivation of a loving and hardworking family. One of his biggest pleasures was being with his family each summer at Walt Disney’s Fort Wilderness Campground and Strickland's Landing on Kingsley Lake. Donald supported his wife’s lifelong service in the Eastern Stars whole-heartedly. He loved each of his total of eight sons and stepsons and would do anything for any of them. He adored his loving wife, Joann, and his daughter, Donna, more than life itself. Another one of his greatest pleasures was playing tricks on his family and friends. Donald had a very clever and whimsical sense of humor, and he never missed an opportunity to make someone smile and laugh with a joke or a comical gesture.

He was preceded in death by his three sons, Harold Wilder, James Wilder, and Christopher Wilder; one stepson, Glenn Huls; one grandson, Glenn Huls Jr.; and his only brother-in-law, Frank Acosta.

His family will receive friends 5-7 p.m. Wednesday, July 29, 2020 at Oxley-Heard Funeral Home. He will be laid to rest in a family service in Bosque Bello Cemetery.

Please share your memories and condolences at www.oxleyheard .com.