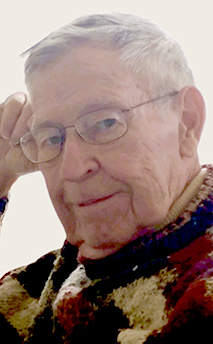 Born in Woodbridge, N.J., he was the youngest of three children born to the late James Hassel Auburn and Marguerite Earley Auburn. He was a graduate of Woodbridge High School, Class of 1952. After high school, he attended the University of Illinois at Urbana-Champlain and later transferred to Upsala College in East Orange, N.J., where he earned his undergraduate degree in English.

In 1956, he married his high school sweetheart, and the love of his life, Barbara Jill Dunham. The newlyweds moved to Fort Smith, Ark., where Doug served in the U.S. Army as a medic. Doug and Jill made their family home in Fords, where they raised their two children, Kim, and Ross, and three nieces, Leslie, Lisa, and Lizbeth, who joined the family 15 years later.

Doug began working as an English teacher for the Oldbridge Township School District at Madison Central High School the first year it opened. A few years later, he created the psychology program when he introduced Psych 100 and Psych 101 courses into the curriculum. Doug became a great teacher – the kind who positively impacted the lives of his students through the relevancy of the coursework he taught as well as his ability to mold youthful minds and spirits with his humanity, humility, and great sense of humor. Always with an open mind and kind words, he became the teacher many students turned to in times of trouble or for life advice. Over his 37-year career, Doug accumulated hundreds of letters and thank you notes from students who credited him with being the teacher who put them on their life’s path or helped them through difficult times. In later years, he was selected to teach a Holocaust program, and he introduced the Jewish Holocaust course into the curriculum as well. Doug was also chosen to teach the gifted and talented program, coached tennis, and ran a drug counseling program to help at-risk students.

The Auburn Family was introduced to sailing when Doug and Jill bought a sailboat and became members of the Raritan Yacht Club in Perth Amboy, N.J. There, he spent countless hours sailing aboard Endorphin, enjoying sailing trips with friends, volunteering at RYC, and serving as commodore. Aside from being an active member of the Yacht Club, Doug was a voracious reader, consuming almost everything ever printed about his passion, World War II. After retiring and moving to Fernandina Beach, Amelia Island, Fla. in 2000, he and Jill joined the United States Coast Guard Auxiliary, where they continued to volunteer. Doug taught the Boating Safety and Seamanship classes and was honored with the Buddy Birkitt award for outstanding service. Later, Doug became a docent at the Mighty Eighth Air Force Museum in Pooler, Ga., where he continued to teach people about that amazing chapter of WWII, and again, with Jill at his side.

Condolences can be left at www.mkdfuneralhome.com.